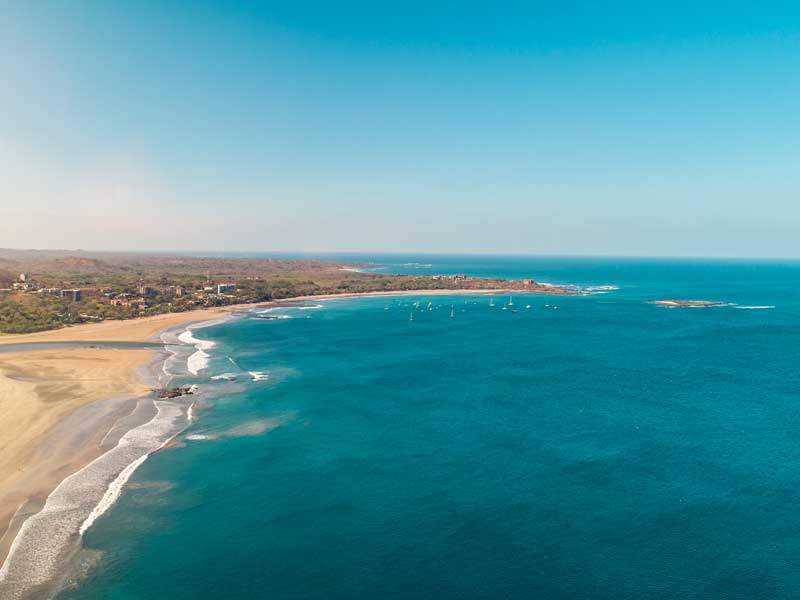 This park is nestled inside Tamarindo Bay, in the canton of Santa Cruz and districts of Cabo Velas and Tamarindo.

Its main attractions include the nesting season of the leatherback turtles (called tortuga baula in Spanish, which is where the park gets its name), as well as its beautiful beaches, its mangrove forests and the ability to spot flora and fauna.

Around 117 species of trees and bushes have been identified in the area. Its 139 bird species include 55 with latitudinal migration patterns and 8 with migratory patterns within the country. Of these species, 34% need mangrove forests while 52% need forested areas.

Its area in comprised of a land section of 7.7 km2 and a marine section of 171.36 km2 that extends 12 nautical miles from the shore.

Some 95% of the area’s precipitation falls between the months of May and November, with just 4.2% falling between December and April.

The protected area was created in order to protect the leatherback turtle populations that nest at Playa Grande, Playa Ventanas and Playa Langostas. It is also an important site globally because of the mangrove forest of the Tamarindo Estuary, as well as other mangroves that are smaller but just as beautiful, including the San Francisco and Ventanas Estuaries.

Recommendations of what to see:

Turtle nesting season begins on October 20 and ends on February 15.

We recommend that visitors use light clothing that is suitable for a hot climate, along with sunglasses, sunscreen, mosquito repellent during the day and long pants to ward off mosquitoes at night, and plenty of water.

The maximum group size is 15 people and groups must be accompanied by a tourism operator or local guide.

The beach has two official entrances: Caseta #1, at the MINAE offices, and Caseta #2 at the edge of the Tamarindo Estuary. The total capacity of both of theses structures is 120 (60 each).

You are not allowed to photograph or touch the turtles, you can only observe from a distance and in silence, following the instructions.

Only the guide may use a flashlight, which has to be fitted with a red filter in order to avoid interfering with egg laying by the turtles. 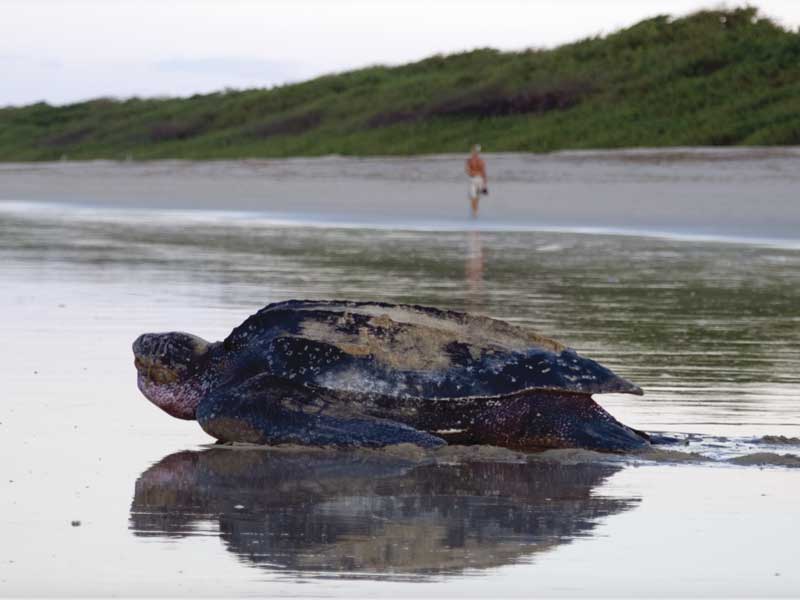 The park is open to the public year-round and seven days a week from 6:00 a.m. to 6:00 p.m., except for the turtle nesting season (October-February) when the beaches are only open until 5:00 p.m.

You can reach the park from San José by two main routes:

Your preferred GPS app will be able to show you the best route.