We had been planning on going to check out Dota, located towards our country’s southern region. Finally, things were coming together! The summery climate was an invitation to pack our bags and begin the journey to the village of San Gerardo, a place bursting with natural beauty.

We left downtown San José nice and early with our jackets in hand, bracing ourselves for the famously cold climate of Cerro de la Muerte, which we would pass on our way. As we progressed on the route, landscapes began to appear around us, including the towers of the Los Santos wind park. Then, we stopped for the mandatory breakfast en route and kept going towards San Gerardo.

Dota is the 17th canton of San José province, which forms the Los Santos Region alongside the cantons of León Cortés and Tarrazú. It has an area of around 400 km2, which makes it the fourth-largest canton of San José, and is divided into 3 districts: Santa María (its main district), Jardín and Copey.

If you want to get away from the rat race, San Gerardo de Dota is one of the best places to do so. It’s a place full of natural beauty and hard-working people, where you can watch birds, enjoy rivers full of crystal-clear water and cascades, trout fishing, trails through the cloud forest, and visits to the Los Quetzales National Park - there are so many activities that await you.

San Gerardo is a community bordering the Los Quetzales National Park located at 2,200 meters above sea level, hidden in the folds of the Río Savegre Valley. 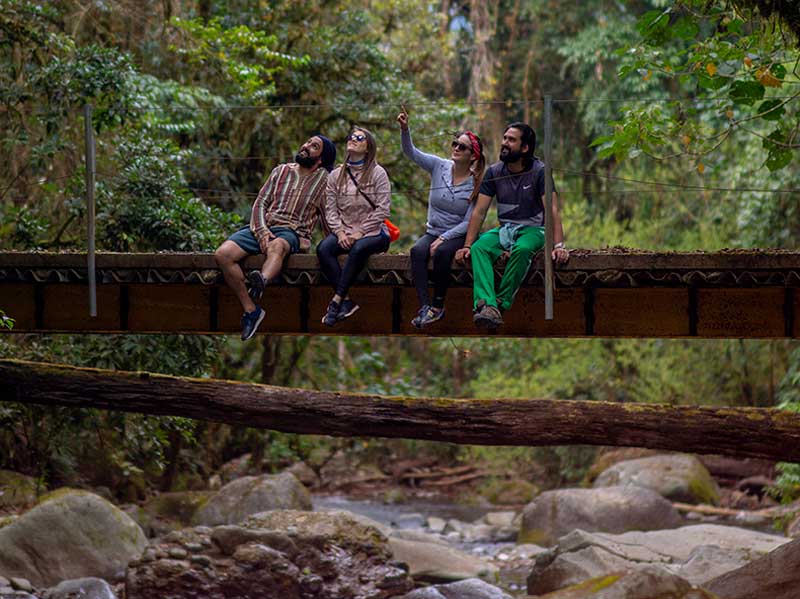 The quetzal’s exotic beauty makes it one of the most iconic birds in the world. San Gerardo offers opportunities to see them, since the cloud forest is the bird’s ideal habitat and the source of its preferred food, the fruit of the aguacatillo tree. Its nesting season is between the months of April and May, which means that it is easier to see them in this region of the country during this time of year.

Hiking on the mountain

If you love hiking, plenty of routes crisscross the forest and allow you to admire the many ecosystems that this part of the country has to offer. You’ll find gorgeous places to take photos and sit down to enjoy the sounds of nature. Don’t forget to bring something to protect yourself from the cool rain, since the climate tends to stay at a cool 13-18°C depending on the time of year you visit. Take something to eat and to keep yourself hydrated, but remember not to leave any garbage.

This community extends along the banks of the Río Savegre, whose clear water is usually bracingly cold Caves and cascades can be seen throughout the river’s course.
If you enjoy fishing, you’ll find delicious trout abounding in this river. Keep in mind that the fly-fishing season is from May to June and the bait-fishing season from December to March. Most restaurants in the area have menus that feature this fish in a variety of dishes. You'll enjoy trying our every different recipe! 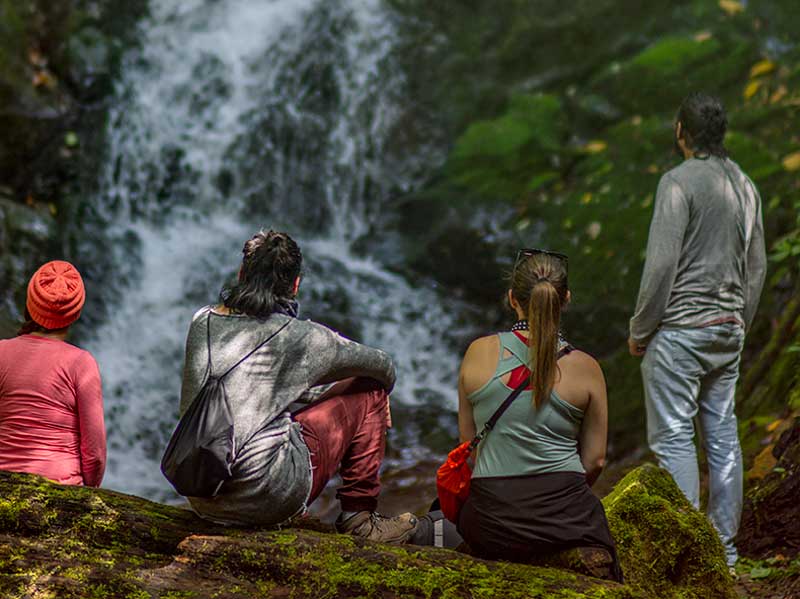 Los Quetzales National Park was created in 2005 and extends over an area of 12,355 acres. It has 3 kinds of forest and 14 different ecosystems. Its trees permit the observation of a large number of bird species including quetzales, tangaras, trogons and hummingbirds.

The walk to the waterfalls is stunning. The landscape is an open invitation to spend a moment takingin the scenery and snap a few photos. The trailhead is about 500 meters down the road from the Posada de Turismo Rural Sueños del Bosque Lodge, which is where we are staying. You’ll see the entrance on the left, then head over a bridge and the trail to the first waterfall will be to one side once you get to a trout farm. After a 40-minute hike, you’ll see a couple of enormous rocks ahead of you: a perfect place to take some photos!

A little further along the trail, you’ll see a small footbridge that goes over the cascade. You can stand on it and take in the falling water. If you keep walking (optional, since the trail isn’t in the best state from here on out), you’ll go down some stairs and arrive at the cave formed by the senormous rocks below the waterfall. Before going in, we recommend that you act with extreme care and check the river’s water level so that you are not at any risk from a flash flood filling the cave with water.

If you continue along the trail, a storybook scene awaits: it’s clear that not many people come here because everything looks green and healthy. There is a hanging bridge that passes over the river; crossing it is quite the experience. We headed further along into the river and after heading up and down a series of stairs, we found ourselves face-to-face with a breathtaking waterfall. The climate here is a little colder, so bathing is less recommended – all the more because the currents can be dangerous. The lookout where you can admire the scene is quite small, but it is really worth the trouble to get there. It’s so beautiful!

Do you want to experience this adventure for yourself? 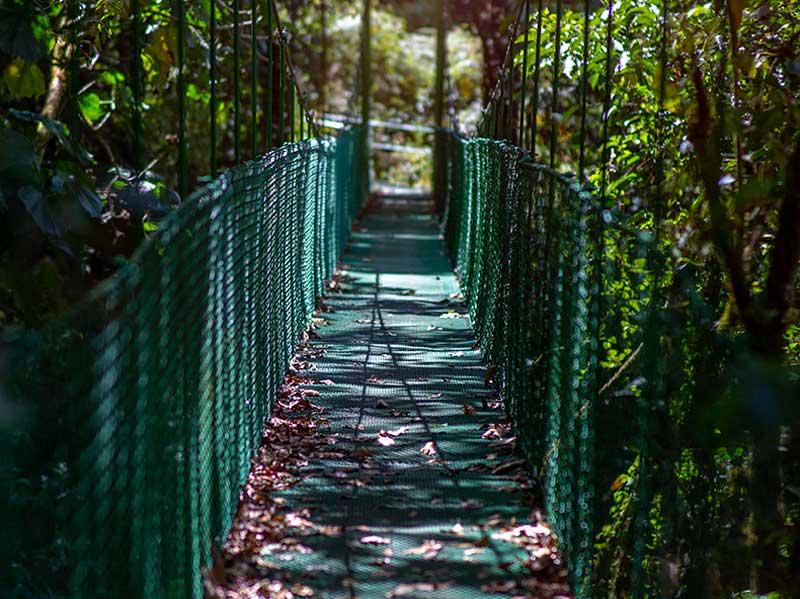 How do we get there?

The village of San Gerardo de Dota is situated along the ridges of the Cordillera de Talamanca. Traveling from downtown San José you’ll need to travel some 78.9 km south along the Inter-American Highway until you reach the turnoff next to the Soda San Gerardo, which you will see on your right. Head down the road, which will take you down the mountain. We stayed in Sueños del Bosque Lodge, which is 9.2 km along that road.